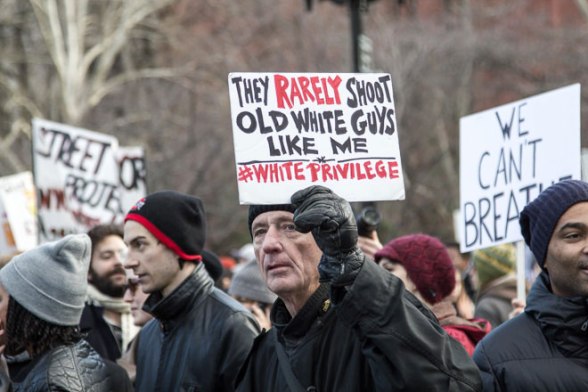 Harsh, but chillingly true. We need to wake up and smell the BS…

Like many young white progressives, I was a vocal Bernie supporter during the primaries. I hated Hillary the war criminal, and abhorred the idea of being forced to press the button for her. Back in 2000, I voted for Ralph Nader. Sure, his chances of actually winning were less than zero, but hey, I voted with my conscience.

My conscience has since learned to embrace empathy, pragmatism, and folks who don’t look like me. My conscience is also 110% clear in voting for Hillary, and the key factor in my change of heart is the constant battle to check my own white privilege.

I saw the writing on the wall watching Bernie speak at a packed rally in St. Paul. The “political revolution” was in full swing, and the rapt audience waxed ecstatic about the electricity in…

6 thoughts on “Hey, Progressives! Your White Privilege Is Showing.”

I'd love to hear from you!: Cancel reply